As inflation hits a 30-year high in the UK, double-digit price increases could be on the horizon. 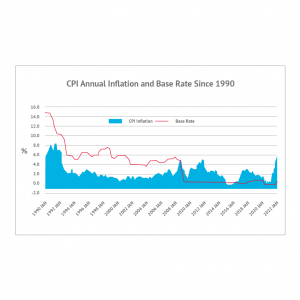 At the start of 2021, inflation, as measured by the CPI yardstick, was running at a benign 0.7%, having been driven down by the impact of the pandemic. A year later, the rate had jumped to 5.5%, close to triple the Bank of England’s official target of 2%.

In mid-March, the Bank of England said, “Inflation is expected to increase further in coming months, to around 8% in 2022 Q2, and perhaps even higher later this year.”

As the OBR suggests, one of the main drivers of high inflation is the surge in energy prices, which was exacerbated by the Russian invasion of Ukraine. However, other commodity prices are on the rise and hospitality prices have had to reflect an April VAT rise from 12.5% to 20%.

The worry for the Bank of England is that price increases will feed through to wage demands, producing self-feeding inflationary spiral.

So far, the Bank of England has raised interest rates in 0.25% steps.

In simple terms, for the time being, deposits will continue to see their buying power eroded, whether or not interest is accumulated. If you have more than your rainy-day reserve sitting in cash, you need to have a very good reason or, better still, a discussion with us.

Happy new (tax) year? We’re now in the year of the Tiger according to the Chinese zodiac, which can symbolise resilie… 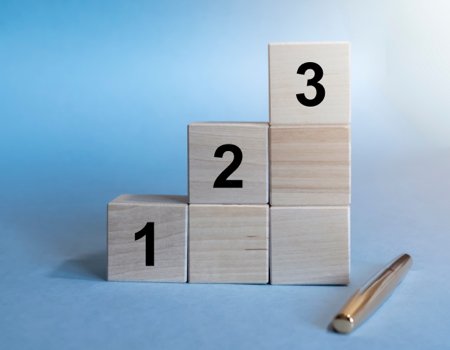